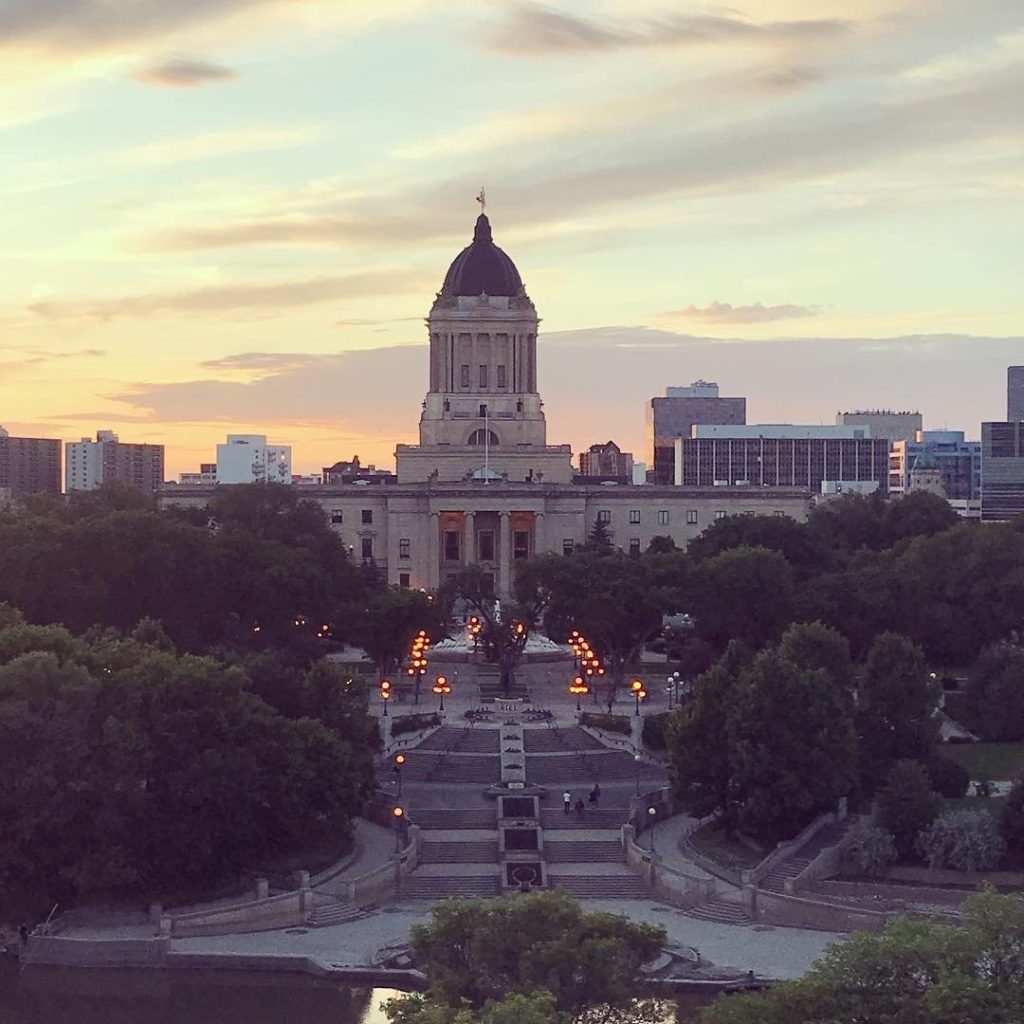 The city is named after nearby Lake Winnipeg. English explorer Henry Kelsey may have been the first European to see the lake in 1690, and he adopted the Cree and Ojibwe name win-nipi meaning “murky water” or “muddy water”.

The city has four major rivers — the Red, Assiniboine, La Salle and Seine. The city is extremely flat and is at risk for major flooding. In April and May of 1997, the biggest flood since 1826 occurred. Although the flood affected Winnipeg, it was Grand Forks and East Grand Forks that were most affected.

The LONGEST skating rink in the world – that freezes naturally – is found in Winnipeg (yes, it’s longer than the Rideau Canal in Ottawa). The skating takes you along the Red and Assiniboine Rivers over a length of 8.5 km. There is also the world’s only pop-up restaurant on a frozen river! 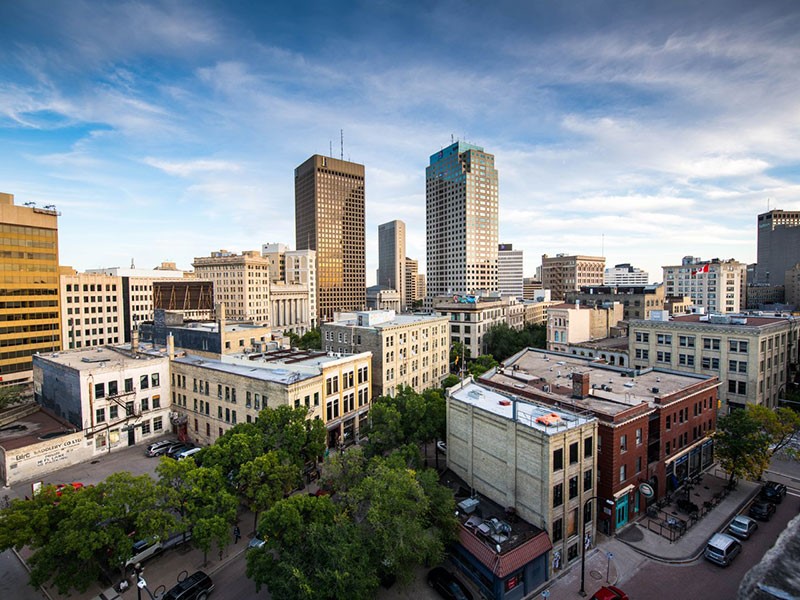 Chicago of the North

Winnipeg was one of the fastest-growing cities in North America around the turn of the 20th century.

It is the headquarters for Canada’s grain industry. It is home to the only commodity exchange in the country — the Winnipeg Commodity Exchange.

Its train station was designed by the same architects who designed New York City’s Union Station. 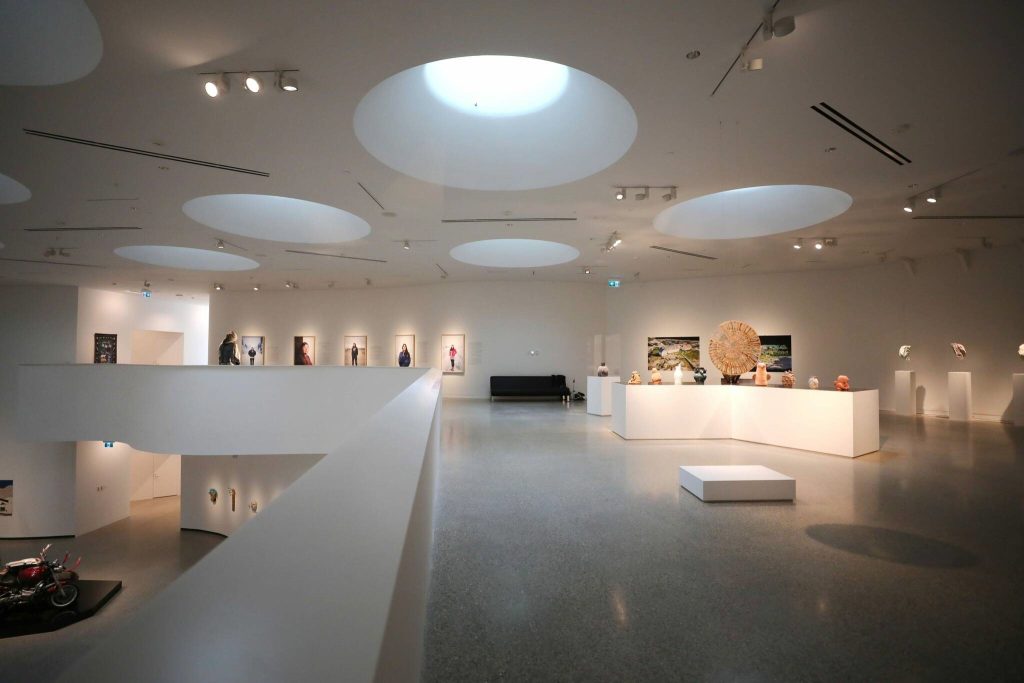 The Winnipeg Art Gallery’s Qaumajuq has the biggest collection of contemporary Inuit art in the world.

The Festival du Voyageur celebrates Canada’s fur trading past and French heritage and culture. It’s the biggest winter festival in western Canada. Every year it takes place over 10 days in February. #hého! 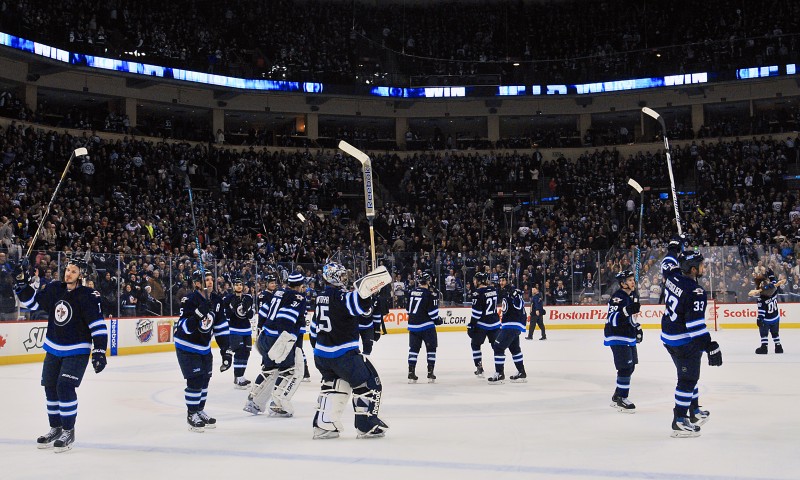 The Winnipeg Jets, one of the professional hockey teams in the NHL, has an amazing fan base. Although they have the smallest market of all the NHL teams, they sell more merchandise than any other. 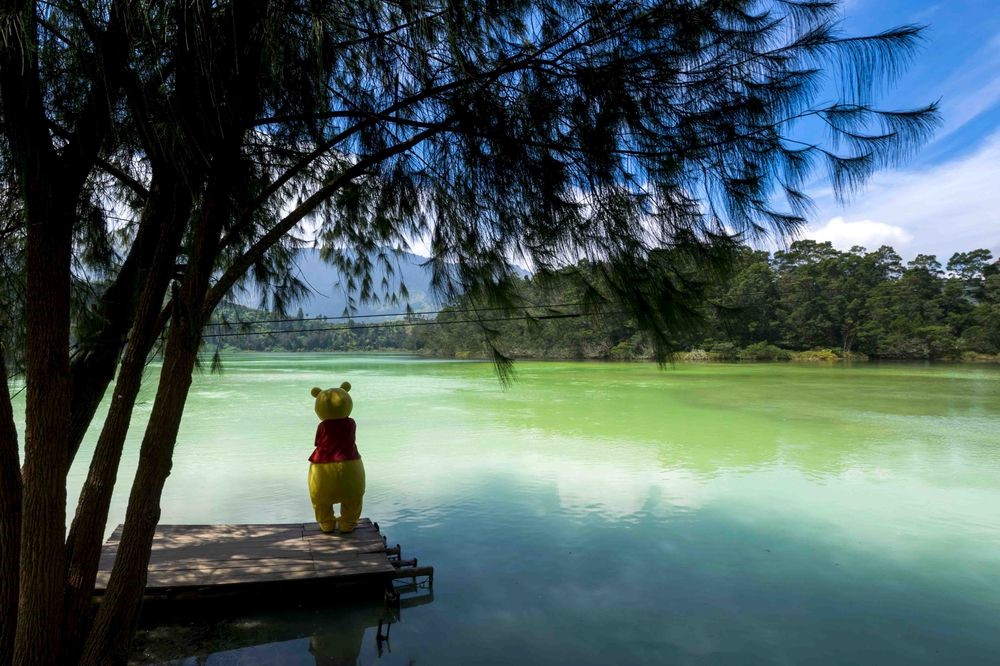 In 1914, a Canadian veterinarian named Lt Harry Colebourn bought a bear cub for $20 while serving in the First World War. He named her Winnie, after his native Winnipeg, and the cub became a mascot for the regiment while stationed in England.

When the soldier left for France, he gave Winnie to the London Zoo, which is where Christopher Robin saw her, and named his own teddy after her. And therein lies the origin of the name: Winnie-the-pooh. 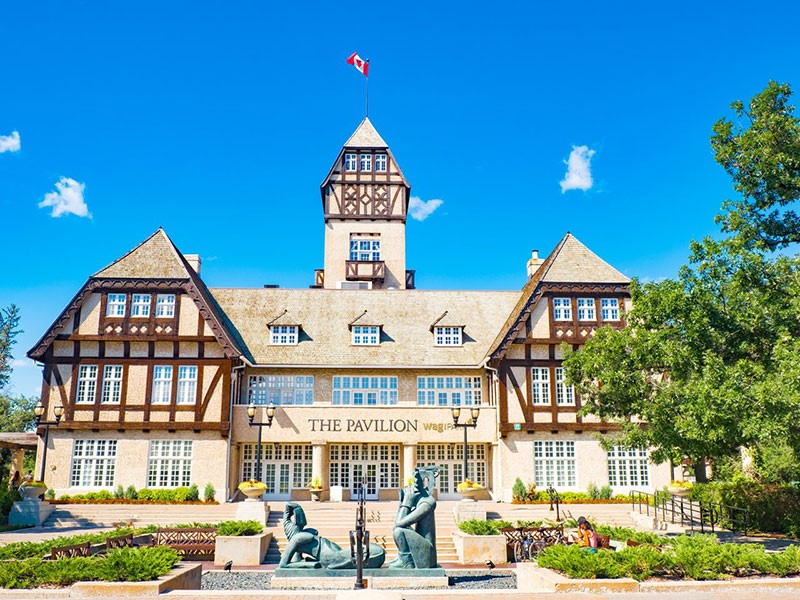 The Forks, located at the junction of the Red and Assiniboine rivers, has been a meeting place for over 6,000 years. Indigenous peoples traded at The Forks, followed by European fur traders, Scottish settlers, railway pioneers and tens of thousands of immigrants. Today, over 4 million people visit The Forks every year. In addition to the site’s rich history, it boasts an array of dining options, fantastic local makers and retailers, and a constantly changing slate of entertainment and events.

Across The Forks, over the Esplanade Riel Bridge, Saint-Boniface has the largest French-speaking community in Canada, west of the province of Quebec. It is known for quaint cafes and French cuisine, as well as the Saint. Boniface Cathedral’s Romanesque façade and cemetery (the site of Métis Louis Riel’s grave), a museum and artisans’ shops.

Assiniboine Park, the city’s largest park, is chock-full of landmarks and attractions, so give yourself ample time when visiting. It boasts a beautiful pavilion, a whimsical children’s Nature Playground and garden, the Lyric Theatre, English Gardens, Leo Mol Sculpture Garden, a duck pond, and more! It was influenced by the design of Montreal’s Mount Royal Park and New York City’s Central Park.